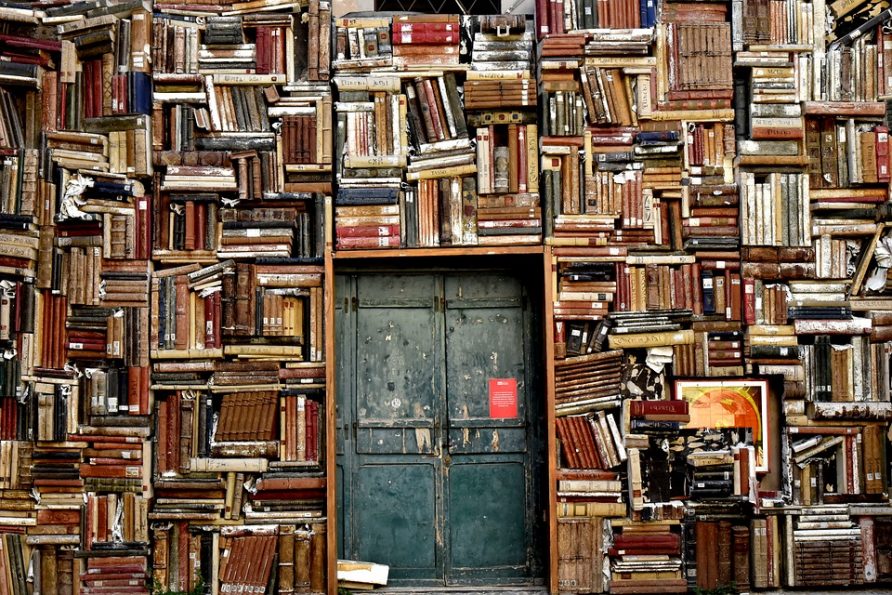 Check back regularly for updates!

Books, audiobooks, and movies we love:

Tibbi recommends The Love Story of Missy Carmichael by Beth Morrey, available as an eBook and eAudiobook on Overdrive/Libby: “If you were a fan of A Man Called Ove or Eleanor Oliphant is Completely Fine, you will want to add this novel to your “To be read” list. I wouldn’t disagree that there is a slight formula to the story, but I enjoyed the prickly, socially isolated, seventy-nine-year old Missy as she gets swept up by a cast of quirky characters and becomes a foster parent to a dog. Through the love of a dog and friends—and a requisite plot twist—Missy Carmichael and her story provides a heart-warming read.”

Rebecca recommends The Mountains Sing by Nguyen Phan Que Mai, available on hoopla in both eBook and eAudiobook formats: This novel is an epic account of Vietnam in the 20th century. A tragic history is revealed as a strong, clever grandmother alternates telling her story with that of her book loving granddaughter. This fiction is rich in Vietnamese language and culture, making it an excellent audio choice.

Tibbi recommends the May issue of Food Network Magazine, available on RBdigital: “Could truer words be spoken than Virginia Woolf’s assertion that “one cannot think well, love well, sleep well, if one has not dined well.” The May issue of Food Network Magazine certainly elevated my meals more into the “dining” category from my typically slapped together and away-we-go fare. For example, this issue featured Mexican food. Every day can be Taco Tuesday, especially if I am no longer sure when Tuesday happens. The pineapple serrano salsa and the plantain chip nachos with spicy chicken were just a few of the delicious recipes I tried. And wait, there are ice cream enchiladas for the win! If you are more of the every day is a party type of person, check out the fifteen different sheet cakes you can bake or the jewel-colored cocktails you can concoct. Parents will definitely find some good ideas in the sections on cooking with children and easy weeknight meals.”

Rebecca recommends The Second Mrs. Hockaday by Susan Rivers, available on hoopla as an eBook and also as an eAudiobook: “This is a historical fiction mystery about the Southern homefront during the Civil War and 30 years after. Ths main character is a resilient female, solicitous of her slaves, accused of crimes. Using letters, diaries, and inquest interviews, the author slowly reveals mysterious clues. Enjoy!”

Tibbi recommends The Girl with the Louding Voice by Abi Dare, an eAudiobook on Overdrive/Libby: “Sometimes a special book comes along that serves as a real wake-up call to remind us that everyone has value, everyone has dreams, the human spirit is strong and our voices are powerful. This emotional coming-of-age novel is the story of Adunni, a 14-year-old Nigerian girl who is sold by her father to become an older man’s third wife and producer of baby boys. But just like the saying “out of the pot and into the fire,” Adunni ultimately ends up being sold to a cruel businesswoman in Lagos, Nigeria. Readers might be surprised and disturbed when they realize that this story is set in contemporary Nigeria, featuring the juxtaposition of oil-rich Lagos and the rural impoverished villages. Readers, however, will cheer Adunni’s quest for education and to become a person who is valued. The narrated version amplifies an already exceptional story.”

Bill recommends Ex Machina, a 2014 film available on Kanopy: “This award-winning movie centers on a young programmer tasked with giving a Turing test to his CEO’s artifically intelligent humanoid robot. I’m not typically a big Sci-Fi fan, but this film is excellent. It is visually stunning, and the central question of the film- essentially, what separates human consciousness from simple intelligence- is one that you’ll be chewing on for some time after the end credits roll.”

Bill recommends The Kill Team, a 2019 film available on Kanopy: “This film follows a fictionalized account of atrocities committed by a small group of U.S. soliders in 2007 Afghanistan. While it’s far from a perfect film, the moral crises faced by the main character are compelling, and Alexander Skarsgard is excellent as the primary antagonist. This movie is well worth the hour and a half of your time.”

Susan recommends Marie’s Story, a 2014 film available to stream on hoopla: “A deaf and blind 14 year old girl is sent by her parents to the Larnay Institute in Central France, a school for deaf girls that is run by catholic nuns. An emotional and inspirational film based on a true story, performed in French with English subtitles.”

Katy recommends Valentine by Elizabeth Wetmore, an eAudiobook on hoopla: “It’s a good listen, though the story line was a little tough with some triggers.” (Note: This hyped debut novel was Jenna Bush Hager’s Book Club choice for April 2020)

Rebecca recommends Skinnytaste One & Done by Gina Homolka and Heather K Jones, a cookbook available on Overdrive/Libby: “With extra time on your housebound hands, why not try out those hands on a few new recipes? Or just enjoy browsing a colorful cookbook, planning for a future with unlimited grocery runs! This book is organized by chapters based on the cooking vessel utilized: skillet, sheet pan, pressure cooker, air fryer, etc. The photos are mouth watering, ingredients are healthy, tasty, and readily available, and all recipes one and done simple!”

Susan recommends What We Find by Robyn Carr, an eBook on Overdrive/Libby, and the first book of the Sullivan’s Crossing series: “It’s a uplifting, fun series and easy read. Book 2 has already been downloaded!”

Tibbi recommends The Splendid and the Vile by Erik Larson, available in both eBook and eAudiobook formats on Overdrive/Libby: “With the feel you expect of any New York Times thriller, The Splendid and the Vile showcases Larson as a master of pacing—an accomplishment all the more remarkable when he has loaded this book with many previously unknown facts about Winston Churchill and World War II.” You can read Tibbi’s full post here.

Katy recommends The Glass Castle by Jeanette Walls, an eAudiobook on Overdrive/Libby: “If you loved Tara Westover’s Educated, I found this memoir to be even better.”

Susan recommends Thursday in the Park by Hilary Park, an eAudiobook on RBdigital: “An older woman in a loveless marriage of 30 years meets a man in a park and that chance meeting turns into a reflective, intriguing love story. This is a unique love story!”

Pam recommends Pure Pleasure for the Piano, a jazz album by Ellis Marsalis and Makato Ozone available to stream on hoopla: “I thought it was fitting to listen to him… talent is talent.” Sadly, Marsalis passed away on April 1 at the age 85 due to complications from COVID-19.

Bill recommends Raised in Captivity by Chuck Klosterman, available as an eAudiobook on Overdrive/Libby: “I recommend this to someone who’s looking for something unlike anything they’ve listened to or read before. Klosterman calls this work ‘fictional nonfiction’- meaning short stories that fall into this uncanny valley where they feel like they could be true, but something’s off about it. If you’re stuck inside like most of us, a few of these short stories will break up the monotony and tedium fast.”

Tibbi recommends The Secret, Book & Scone Society by Ellery Adams, first in the series of the name, of which all titles in the series are available as eBooks and eAudiobooks on hoopla: “This is the kind of book in which the descriptions of books and scones are more graphic than the murder. And there is a teeny tiny bit of romance thrown in for good measure.” You can read Tibbi’s full review here.

Susan recommends The Country Guesthouse by Robyn Carr, available as an eBook on OverDrive/Libby: “A sales rep becomes a legal guardian to a five year old following the death of her best friend and ends up finding the love of her life. Sweet and uplifting ….perfect for the chaos we’re all going through.”

Tibbi recommends A Good Neighborhood by Therese Anne Fowler, an eAudiobook on Overdrive/Libby: “While this book isn’t one of sunshine and unicorns, A Good Neighborhood is filled with characters that we, ourselves might know in our own neighborhoods and feels like time well spent.” You can read her full post here.

Claire recommends The Girl Who Drank the Moon by Kelly Barnhill, available as an eBook on hoopla.

Jen recommends Neil Gaiman: “There’s something relaxing about getting absorbed in old favorites, and I love Neil Gaiman’s stories and his voice!  Most of his books are available on hoopla as audiobooks and e-books – no holds, no waiting! “

Katy recommends The Bookish life of Nina Hill by Abbi Waxman, an eAudiobook on Overdrive/Libby: “Nina works at a bookstore, she has a cat named Phil and is on a trivia team. It’s a light read, Nina is quirky and I fell in love with her and her group of friends!”

Per guidance from NYS, our book drop will reopen on June 8, and we will begin offering curbside pickup services on June 15. In the meantime, check out our digital library, with virtual programs, digital resources, and Summer Reading available 24/7!